This riddle, generally known as the Zebra Puzzle, is attributed to Einstein although there is no evidence for his authorship. It is said that only two percent of the world population can solve it!

There are five houses next to each other in a street. Each of the five houses is painted in a different color. Andrew, Bob, Charles, David en Eric each live in a house, they all have different nationalities, own different pets and play different musical instruments. Additionally, the following information is known:

Question: Who has a Fish as pet?

Riddle of the Sphinx 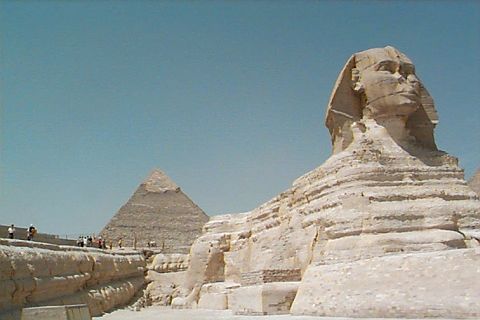 What goes on four legs at dawn, two at noon and three at dusk? 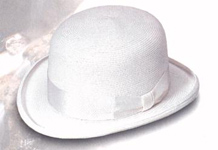 In a bag are five English bowlers: three white ones and two black ones.

Three men are standing behind each other in front of a wall, all looking at each other's back with the first one ultimately just seeing the wall. I randomly grab a bowler from the bag and put one on each head of the men, taking care that they don't see what color I put on their own head.

After that, I ask the man at the back of the row if he can tell what color of hat he has on his head. His answer is "No". I then proceed to the man in front of him and ask him the same question. He also answers "No". I go further to the first man, the one standing closest to the wall, and also ask him if he knows what color of hat that he has on his head. Surprisingly he answers "Yes" and is even right in his knowledge of the color. Can you also tell me what hat he is wearing?

Suppose you're out on the streets in front of an unlimited water tap and you have two water jars with you: one bottle with a capacity of three liters and one that can hold five liters.There are no marks on the jars. Can you fill a bottle with exactly four liters water? 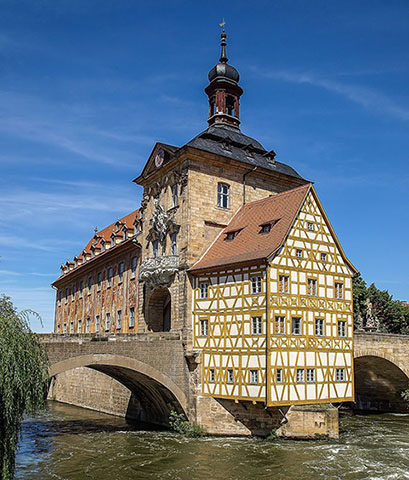 After more than two years of pain and suffering, you finally managed to escape from the dungeon in the castle you were held captive. Chased by that evil man who kept you imprisoned, you must escape out of this castle as quick as possible. However, to be fully out of his reach, you must cross the watercanal that is surrounding his castle, 'cause he never leaves his own territory. There are two bridges you can take to escape to freedom, but beware: one of the two will not be stable enough to take you to the other side. If you don't want to end as food for the crocodiles in the cold water down there, you must make the right choice. Luckily, two twin brothers that both know the stability of these bridges are standing on the side of freedom. But there is still one problem: you know that one of these brothers always tells the truth and that his brother always lies, but you don't know who is who. Unfortunately, the master of evil is getting closer, so you don't have time for a friendly conversation. You have only time to pose one question to one of the twins and then you must run on one of those bridges. What question will you ask? 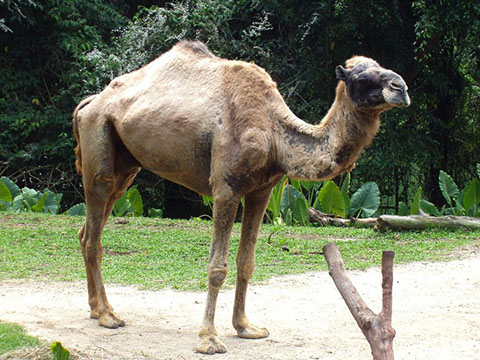 When an egyptian dies, he leaves an inheritance of 17 camels to his three sons. According to his will, the first son must receive one half, the second must receive one third and the last son only gets one ninth. Stimulated to execute their father's last wish as correct as possible the sons experience a big problem: how do they divide the 17 camels? It cannot be divided by two, nor by three nor by nine! They ask the advice of all the rich business people of the city but none could help them. Suddenly, the oldest, strangest -and also very poor- man of the city passes by with his old, skinny camel. Desperate as they are, they decide to ask the advice of this wise man. By wonder, he knows the solution to their problem! Can you find a solution?